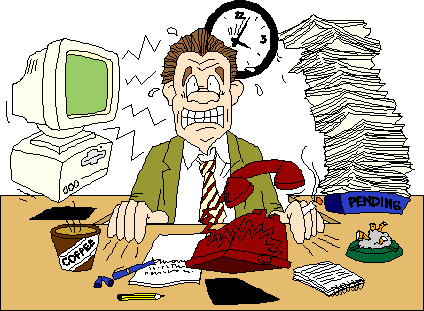 There’s a problem in our industry and we need to talk about it.  Should software engineers be expected work overtime?

There’s a great post on Itamar’s blog about this and I just want to iterate what he said… NO YOU SHOULD NOT.  Look, there are times when there’s an emergency, and you just need to chip in to get shit done, however this should never be the norm.  Even when there’s an emergency, you should be compensated, by either having a slow period after the emergency or compensated monetarily for the extra work.

But most of the time, employees don’t fight back against this exploitation…. And that’s exactly what it is, exploitation.  They’re taking advantage of your naiveté by paying you less than what you should be getting and helping them (the executives or founders in the case of a startup) make their bonus number and exits bigger.  What do you get in return?  Single, poor health, a nonexistent social life and no sharing of the profits.  It just doesn’t add up.

You see this very often in startup environments when the founders are trying to get product market fit.  They think that more hours lead to more features being completed, which in turn lead to a greater chance of success.  The reality is that number of hours worked and likelihood of startup success are orthogonal.    If they were related, then every startup that had employees that worked longer hours would be successful – it’s just not the case.  More than likely, because you’re at a startup, you’re getting below market rate AND you’re working ridiculous overtime.  Your value as a laborer could be as low as 25% of what you should be getting!  Startups are the worst offenders!

In corporate environments, it’s a case of poor planning and a misunderstanding of the time it takes to do proper development.  The false assumption that executives make is that working longer hours will produce the same quality code, when in reality you create shittier code, introduce tech-debt, thereby creating more maintenance time in the future.  And just like a startup employee, you’re taking a haircut on your value (although not as much).  You’re just padding the executive teams performance-based bonuses!

In both these situations it’s a sign that the company doesn’t give a shit about you, your life or your well-being.  Their main focus is getting the most of out of your for their money.  Is that really an environment you want to work in?  Is that the type of world that you want to promote?

Is it ever ok?  What if you LOVE what you’re doing?

This all makes sense… but I can’t stop.

You are an addict, a work addict. Work addiction stems from a “compulsive need to achieve status and success, or to escape emotional stress.  Work addiction is often driven by job success.”   Sadly, our culture actually thinks that this is ok (not me!).  Working long hours is a badge of honor.  Is it any wonder that there’s an increase in the number of mental health issues in this country?

Any addiction takes a toll on your life in a negative way.  You can see this by examining you life outside of work.  Are you seeing your buddies?  Are you dating?  Having time with you family?  Do you have hobbies that aren’t work related?  These are all things that are necessary for a balanced life.

Study after study show some scary stuff about overworking:

It’s time for us as engineers to say ‘No’ to 40+ hours.   It’s total bullshit.  If this is the expectation for the job, don’t take the job.  We need to recognize this as an issue in our industry and put a stop to it.

Did Your Boss Thank You For Coding Yourself to Death?